Please note: This page contains links to pages outside the nasa.gov domain. [ Disclaimer] 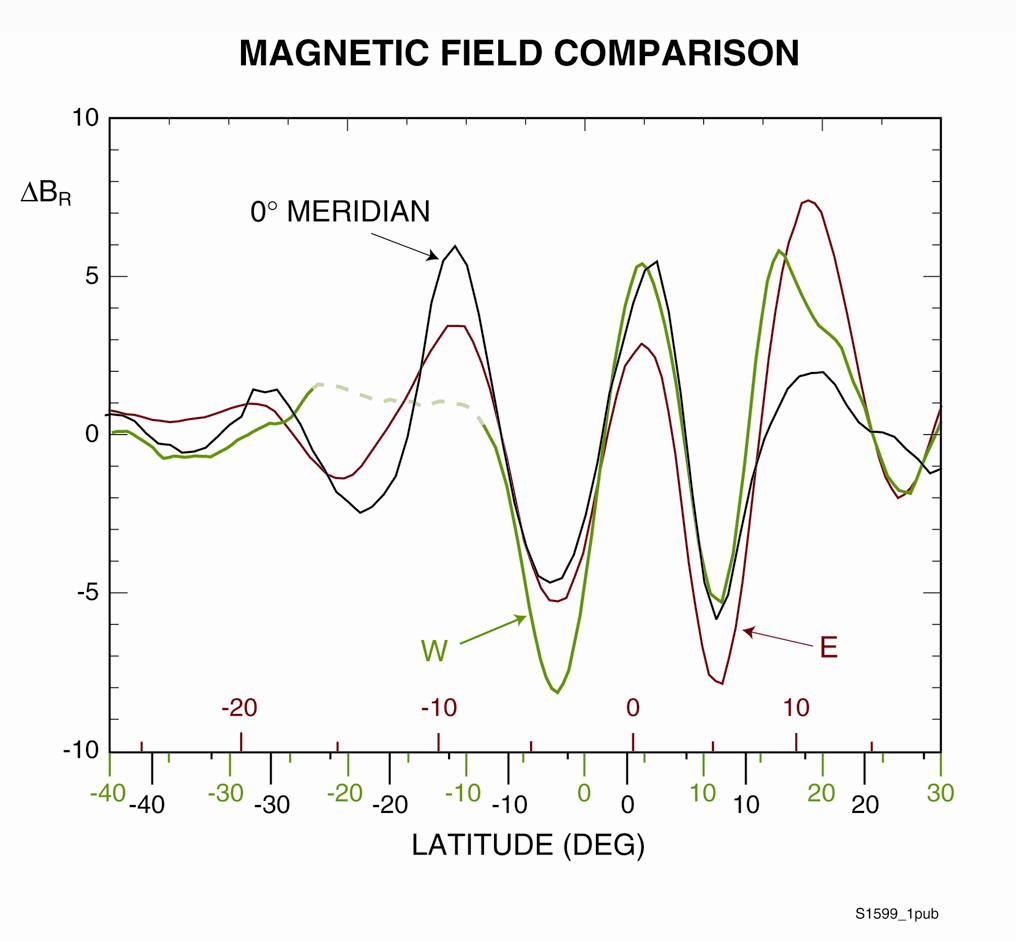 Figure 3: Magnetic field as a function of latitude along the central meridian (black) compared with that along profiles to the west (green) and east (red) of the two proposed faults. The west curve has been shifted toward the south by 4°, and the east curve has been translated northward by 1° and rescaled as indicated along the horizontal axis. The dashed portion of the west curve indicates the latitude range over which the magnetic imprint was altered by the impact responsible for the multiring crater Ladon. The easternmost profile was taken along a small circle parallel to and eastward of the fault to avoid crossing the proposed fault.

MGS MAG/ER is an international collaboration by: